In the windswept reaches, that is where you will find Ariana Saraha & Fernando Medina, aka FLIGHT BEHAVIOR.

Ariana Saraha (vocals, percussion) and Fernando Medina (drums, percussion) met in the wind-torn and rain-soaked rainforests of the Pacific Northwest. After sharing the darkest winter of their lives, they narrowly escaped to keep wandering… They’ve since found themselves lost on snow-crested peaks, serenaded by cacophonies of birdsong, and resting deep in the quiet desert heat… Destined, it seems, for the difficult but beautiful, all along the muse whispers, “Here, in these reaching leaves. Here, in these sun-bleached bones. Here, in the flutter of this wing. Here, in the sound of water over stones…”

Musically, these two follow in the footsteps of bands such as The Creatures and Dead Can Dance in their capacity to create whole sonic worlds with primarily the voice and rhythm.

They have released two albums as Flight Behavior: Songs of Christmas (2020), and soon From the Wild (2022), an homage to the untamed earth that flows even in our veins…

Weaving spells from the very fibers of life—starlight, storm and stone—Flight Behavior incants the songs and paints the rhythms of the unheard earth and the forgotten ancients.

Ariana Saraha is a singer, musician, and composer from the wilds of the West with an Old World soul. Most often compared to Celtic singer Loreena McKennitt and alt-world artists Dead Can Dance, Saraha’s song is her own. As one critic said, “I listen to Loreena McKennitt, Enya, Clannad, etc. and often after about three or four songs I’m feeling like it all sounds the same. Not the case with [Saraha].”

But what really invites the listener in, beyond her vocal finesse and exotic influences, is Saraha’s rare mixture of raw wildness and heartfelt intimacy.

More than just a drummer, Fernando Medina is a composer and arranger with orchestral and cinematic sensibilities on top of his rock background (everything from prog to pop to metal), jazz sensibilities, and Panamanian Latin roots. As a drummer, Medina is a “rhythm painter” who weaves lyricism and landscapes out of percussion.

Medina has toured with bands with such warm, fuzzy names as Christian Death and After The Crash, shared the stage with immensely contrasting acts such as Jah Wobble, The Creatures, and Eddie Money, played the SXSW Festival, Panama Jazz Fest, and others between and beyond.  www.fernandodrums.com

“Fernando has the technical skills of a professional classical musician, the creativity of a free jazz player, and the emotional capacity of a singer-songwriter. It’s a powerful combination.” — Robert Filippo, Strezo band, Atlanta, GA

For Full CV and Creative Resume, please visit the ABOUT PAGE 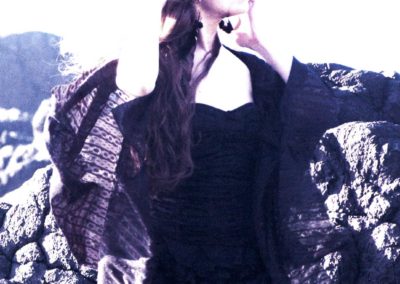 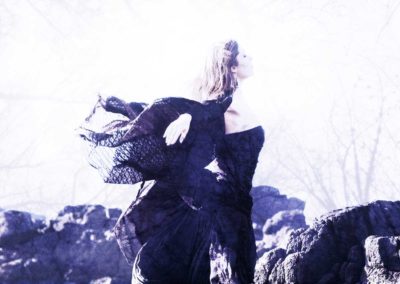 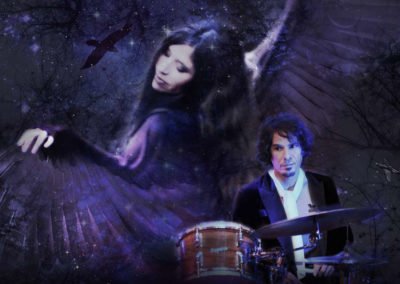 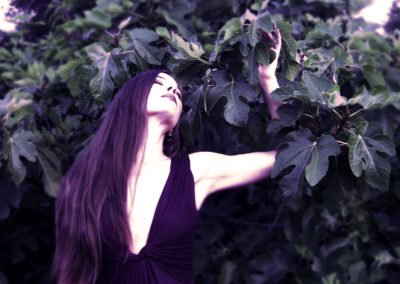 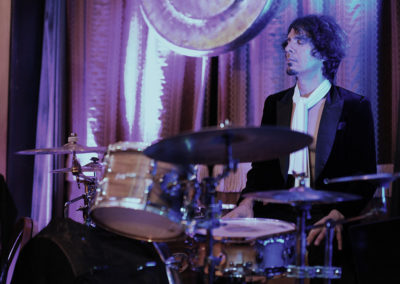 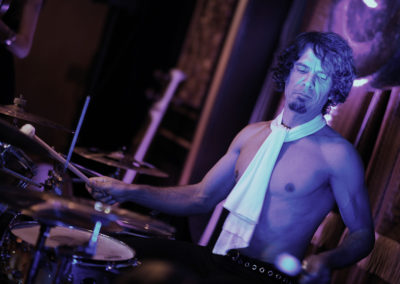 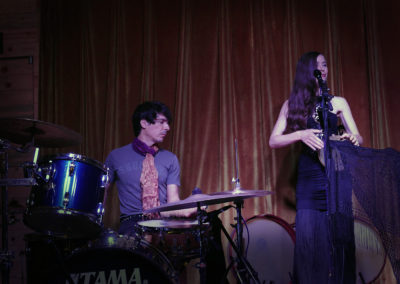 “WOW, [Maiden of Midnight] is an absolutely amazing album. So much more versatility than anything like it I’ve heard. I listen to Loreena McKennitt, Enya, Clannad, etc. and often after about three or four songs I’m feeling like it all sounds the same. NOT the case with your wonderful album. Not only do you weave a delightful mix of musicians together throughout the album, but your voice also shifts and changes like a chameleon angel. You have surpassed my greatest expectations and I’m delighted to have this music to add to my collection.”

“This evening is the first time I have listened to Ariana Saraha’s “Maiden of Midnight,” and I am utterly unprepared for her wild, mystical soul and music that transports me to faraway realms and ages. Frankly, I am blown away. I feel as if I have stumbled unknowingly upon a gypsy caravan and stepped into the circle of dancing firelight and music. It seems the perfect soundtrack for a foggy, coastal night at the edge of the continent, here at the threshold of earth, sea and sky.

“At times there is a Sarah Brightman quality to Saraha’s soprano voice, though the music is less symphonic and more Old World — which is actually part of its allure. Less sleekly produced, more authentic. Most of the songs are at least 6-minutes long, well over the typical 3-minute pop composition. Indeed, there is nothing commercial here or geared to court a mainstream audience. In the very best way, “Maiden of Midnight” strikes me as unapologetic — true to the essence of Ariana’s wild, gypsy soul.”

“Ariana’s voice is a soaring, beautiful thing. Wrapped around expertly-played instruments of the Middle East, Persia, and India, her song very much takes flight. You follow it like a bird into the blue or a diver into the depths. Where Dead Can Dance brought us into the Labyrinth, Ariana Saraha offers to meet us in the Silence.”